Menu
Log in
Register
Install the app
You are using an out of date browser. It may not display this or other websites correctly.
You should upgrade or use an alternative browser.

"I'M NOT THAT KINDA GUY!" - King George the Floyd 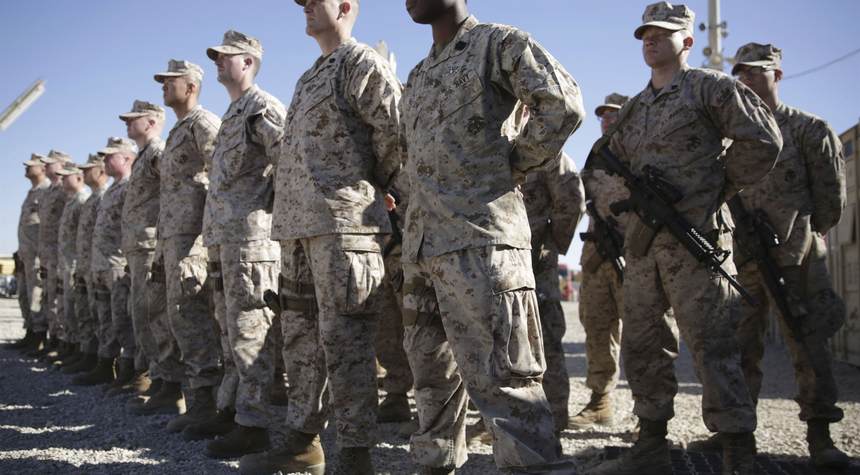 The news site Vice posted an article on Thursday with the title, “Why Are So Many Marines Neo-Nazis?” It would have been just another drab, dreary accounting by a left-wing site of “extremist” plots by the right, except for the small detail that it appeared yesterday.

Yesterday, 12 United States Marines gave their lives in service to their country when they were blown up by a real extremist — a member of the terrorist Islamic State. Needless to say, Vice trying to portray Marines as their fathers and grandfathers did — baby-killing, PTSD-rattled automatons who were a threat to peaceful Americans — didn’t work for a lot of people.

This is especially true when they tweeted out a promo for the hit piece.

“While many vets are being outed as far-right extremists, one branch keeps popping up when it comes to neo-Nazis: the United States Marine Corps.”

The tweet has since been deleted. Apparently, even woke leftists have a sense of the time and place. But not before the firestorm blew up Twitter.

Meghan McCain, the former co-host of “The View,” tweeted a succinct response. “Go F^^k yourself” — a sentiment echoed in various ways hundreds of times.

The hit piece was full of opinion, fact flakes, and, of course, plenty of innuendoes. Not to mention anti-White left-wing extremist Heidi Beirich:

The list of reported Marines involved with the violent far right goes on and on and raises the question of why this specific branch has so many former members engaged in political extremism.

“It seems to me that the anecdotal evidence is piling up that there is something weird about the Marines,” said Heidi Beirich, a longtime expert on right-wing extremism and the chief strategy officer at the Global Project Against Hate and Extremism. “I think it has to do with a couple of things. The Marines have the most hardcore culture in in the military, aside from some of the Special Forces teams; they’re also centralized on a couple of bases. So they’re not as distributed throughout the United States as other forces are.”
Click to expand...

Oh, and they fight our wars too.