Menu
Log in
Register
Install the app
You are using an out of date browser. It may not display this or other websites correctly.
You should upgrade or use an alternative browser.

The Rape of Britain 🇬🇧

"I'M NOT THAT KINDA GUY!" - King George the Floyd

Rochdale grooming gang member, 51, says 'we have not committed that big a crime' | Daily Mail Online

Staff member
I don't get why anglos whine so much if this is what they wanted in the first place...

Staff member
I've said this a million times and I'll say it here. If I had the means I'd be air-dropping crates of guns and ammo on every European country.

Man kidnapped and raped underage girl in his car... after making her delete social media and put phone into 'ghost mode' so she couldn't be found - Manchester Evening News 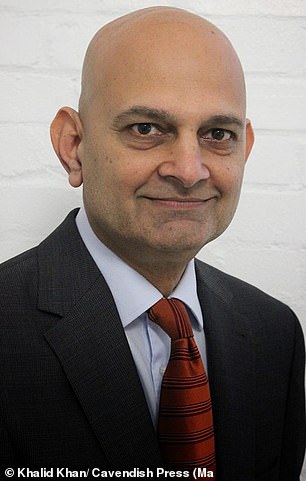 A Bradford man has been jailed for 19 years after being found guilty of a string of sexual offences against children.

Khalil Ayub (39) from the Bradford area was sentenced at Bradford Crown Court on Friday May 7 after being found guilty of 12 sexual offences against three female child victims in the Bradford District.


The 39-year-old was found guilty of offences including rape and sexual assault in a unanimous verdict by a jury following a trial at Bradford Crown Court.

Ayub will have to serve two thirds of the sentence before he can be considered for release and sign on the sex offender’s register.

DC Alaine Stocks of the Bradford District Safeguarding Unit, said: “We welcome this significant sentence imposed by the court against Ayub.

“He committed some dreadful offences against child victims who were in no position to defend themselves and I wish to pay tribute to their bravery in coming forwards and helping us convict a clearly very dangerous man.

That doctor is creepy, it’s weird how he is still allowed his medical license